Setting up a self-managed super fund

What are the membership rules for setting up a self-managed super fund?

When setting up a self-managed super fund, the Superannuation Industry Supervision Act (SISA) must be considered in conjunction with general trust laws. Under general trust laws, it is not possible for a member to be a trustee for himself/herself. There must be a separation of equitable ownership and legal ownership. This problem was resolved with the insertion of section 17A into the SISA. Section 17A introduced an exception to the rule which stipulates that a single member fund must:

Appoint a second trustee. The second trustee should ideally be a relative of the first member/trustee; or
Be a sole director/shareholder company and act as an corporate trustee, with the member as the sole director and shareholder (this creates the necessary separation of equitable ownership and legal ownership).

A ‘relative’ is widely defined and can include second cousins, relatives by marriage or adoption, de facto spouses, and ex spouses.

The number of members is limited to four, or less, when setting up a self-managed super fund. This ensures members maintain direct control and information is made readily available. Under a retail or industry fund, the large number of members and complexity of the administration back office means that members only receive quarterly, bi-annual or in some cases, annual reports.

The reporting system with self managed super funds is streamlined, and much of the consumer protection laws are made redundant. In most cases, the members and trustees are one and the same, they are basically reporting to themselves. They will have automatic information to financial information which facilitates quicker decision making for investment purposes. This results in lower compliance and SMSF administration costs. SMSF with greater than 4 members would become more cumbersome and contradict the government’s policy of allowing members to manage their own superannuation.

Members who are also employees

Individuals are prohibited from seeking membership with the same fund as their employer. The exception to this rule is unless they are relatives. This ensures that self-managed super funds are not established as de facto employer sponsored funds, as an attempt to circumvent consumer protection laws that are afforded to the general public under a retail or industry fund.

When trustees / members pass away

Copyright© SATO SMSF Administration
By accessing and viewing www.satosmsfadministration.au you agree to
Be bound by the Terms of Services of this website
Liability limited by a scheme approved under Professional Standards Legislation 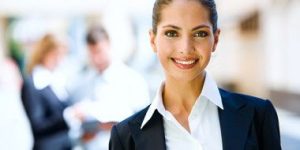